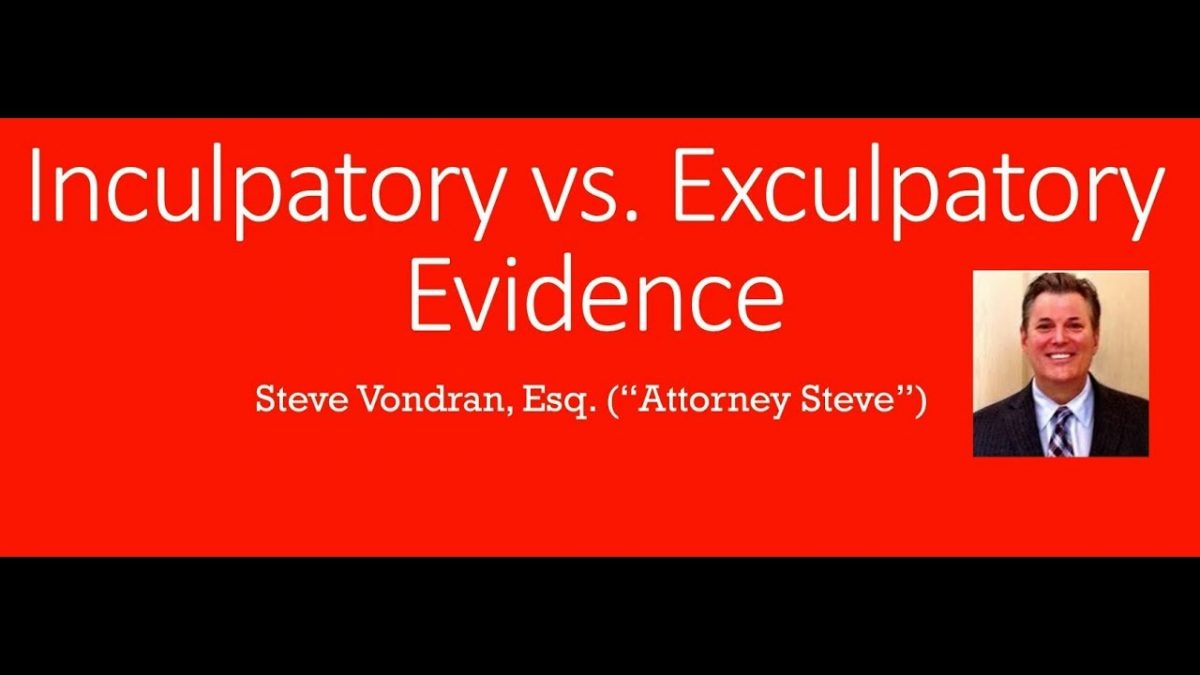 This Exculpatory Evidence Page is intended to illustrate to the Politician, and the citizen who may contact their Politician, that the Unethical, Shyster Lawyers, Trustees, and even Bob, knew better, or should have known better, that there was an abundance of Exculpatory Evidence contained in the many Exhibits, presented by both sides, in the April 4, 2018, Probate Court Hearing to exonerate me, Jim Kelley, the one and only faithful Son, and only faithful Beneficiary, from any harm what so ever.

The strongest Exculpatory Evidence I, Jim Kelley, had for the charge that I, Jim Kelley, was NOT responsible for the excessive, punitive, “attorney [shyster] fees,” assessed by the “Honorable” 🙁 Judge, because (the Judge’s own words) “…but for Beneficiary Defendant James W. Kelley’s interference and efforts to frustrate that Final Distribution plan,” would be the Throw In The Towel Letter (see #??, Throw In Towel Page), which was dated December 28, 2017, weeks before the first Mock Trial, punitive, Probate Court Hearing of Jan. 17, 2018, months before the two punitive, frivolous, Shyster, Depositions, and over three (3) months before the five (5) hour long Mock Trial, punitive, Probate Court Hearing of April 4, 2018.

When a person reads the Throw in The Towel Letter, if their I.Q. is larger than their age, then they can plainly see, in plain English, that the Nazi/Trustee/Lawyer Nancy Yendes had NO excuses if she really wanted to wind up and close out the Trust soon after December 28, 2017.

I can’t answer why the “Honorable” 🙁 Judge did what they did as an Alice’s Wonderland Judgment but I can speak for why these lower than whale crap, Unethical, Shyster, “den of thieves” Trustees/Lawyers did what they did:

First, they have serious mental disorders like being pathological liars, thieves and narcissistism, with NO moral compass what so ever, so without a conscience they are capable of anything, and everything, including murder if they thought that they could get away with it.

Third, it would seem, as Inculpatory Evidence, that these Trustees and Lawyers were pretty confident that the Judge would give a Wonderland Judgment in their favor, no matter what the evidence and testimony was to be presented in the Greene County Satanic Temple of Nazism, Probate Court Room, as long as the poor Defendant Beneficiary was to poor to have a good lawyer to represent him, which did happen.

Fourth, it would seem the Wonderland Judgment, compared to the Exculpatory Evidence presented, proves that the Unethical, Shyster Trustees/Lawyers’ confidence was well grounded in the Reality as the fix was in before the Mock Trial even started. Why else would these Unethical, Shyster Trustees/Lawyers venture so much in advance if they stood any chance at all to lose? The Trustees/Lawyers aren’t that stupid but perhaps the Judge was unwise to have ever joined forces with them and write such a Wonderland Judgment in spit of the overwhelming Exculpatory Evidence against that farce of a Judgment.

Fifth, it would seem the Throw In The Towel Letter is as strong an Exculpatory Evidence as the suspect being in jail, before, during, and after the crime, with finger prints and mug shots all verified by the Sheriff as true evidence.

Seventh, Apparently the American Court Systems have evolved to the same point that the American governments have, the best that money can buy…If you have enough money to pay for the “Lawyer/Judge Mafia protection money” to hire your top gun lawyer then if you are in the right you might prevail. Sadly, if you have enough money to pay the “Mafia protection money” for a top gun lawyer, EVEN IF YOU ARE IN THE WRONG YOU MAY STILL PREVAIL IN OUR SNL MOCK TRIALS WITH A TWILIGHT ZONE JUDGMENT FROM A SNL JUDGE THAT ACTS AS IF THEY FELL DOWN A RABBIT HOLE.

Eight, [There are more Exculpatory Evidences that I will present later. 🙂 ]

To be continued later…

P.S. Is there anyone with any sense at all that does not agree that these Unethical, Shyster Lawyers and Trustees fully qualify for the description of “the Criminally Insane, Double-Crossing, No Class, No Dignity, Ungrateful, Perpetual Complainer, Pathological Liar, Kleptomaniac, Narcissist, Control Freak, Selfish, Malicious, Predator, Blood Sucker, Bottom Feeder, Cold Blooded, Parasite, Unethical Shyster Lawyer, Mental Nut-Jobs, associated with “a den of thieves” Law Firm,” as mentioned several times in the past on this website?