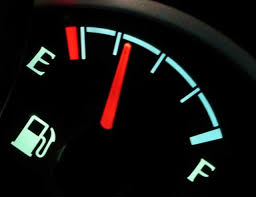 On Sunday, 12-26-2021, my wife was driving home from church and her car stopped running and she was stranded. She called AAA for a tow truck. When the tow truck driver got there, and after Linda told him what had happened, the tow truck driver asked if she had enough gas in the tank?

Linda insisted that she had gas because the gas gauge read ¼ full! Not to argue with a customer the tow truck driver loaded the car and towed it home where I was waiting by that time.

Linda thought that she had enough gas in her car because the gas gauge said that she had but the gas gauge was wrong! So it is with lots of things, they really aren’t what they seem to be, but most of the time reality can be discovered, realized, and the truth can be known IF a person is honest enough with themselves to admit the truth!

I will keep this page real simple with a few examples of how most of America has been deceived about some really important things just like the gas gauge deceived Linda that she had more than enough gas to travel a long ways away.

Example One: Most of America has been deceived by those who should really know better that no one is married in Heaven, or their family can be with them in Heaven, as their legally claimed spouse and family. This is tragic because there are people who really want to be together as a family in Heaven and the “paid clergy” of most churches claim that this can NOT be, can NOT happen!

I have more than adequately explained that families can be together forever on page 54, False Doctrine, on this website but, let me reveal some more truths about this being married in Heaven has!

How can Heavenly Father be a father without a wife? The extended truth of this is that we, His spirit children, have a Heavenly Mother too!

Listen to this Mormon Hymn #292, O My Father, and just see how this affects your spirit conscience.

Here are the lyrics so you can follow along (courtesy of the Mormon Church):

1. O my Father, thou that dwellest In the high and glorious place, When shall I regain thy presence And again behold thy face? In thy holy habitation, Did my spirit once reside? In my first primeval childhood Was I nurtured near thy side?

2. For a wise and glorious purpose Thou hast placed me here on earth And withheld the recollection Of my former friends and birth; Yet ofttimes a secret something Whispered, “You’re a stranger here,” And I felt that I had wandered From a more exalted sphere.

3. I had learned to call thee Father, Thru thy Spirit from on high, But, until the key of knowledge Was restored, I knew not why. In the heav’ns are parents single? No, the thought makes reason stare! Truth is reason; truth eternal Tells me I’ve a mother there.

4. When I leave this frail existence, When I lay this mortal by, Father, Mother, may I meet you In your royal courts on high? Then, at length, when I’ve completed All you sent me forth to do, With your mutual approbation Let me come and dwell with you.