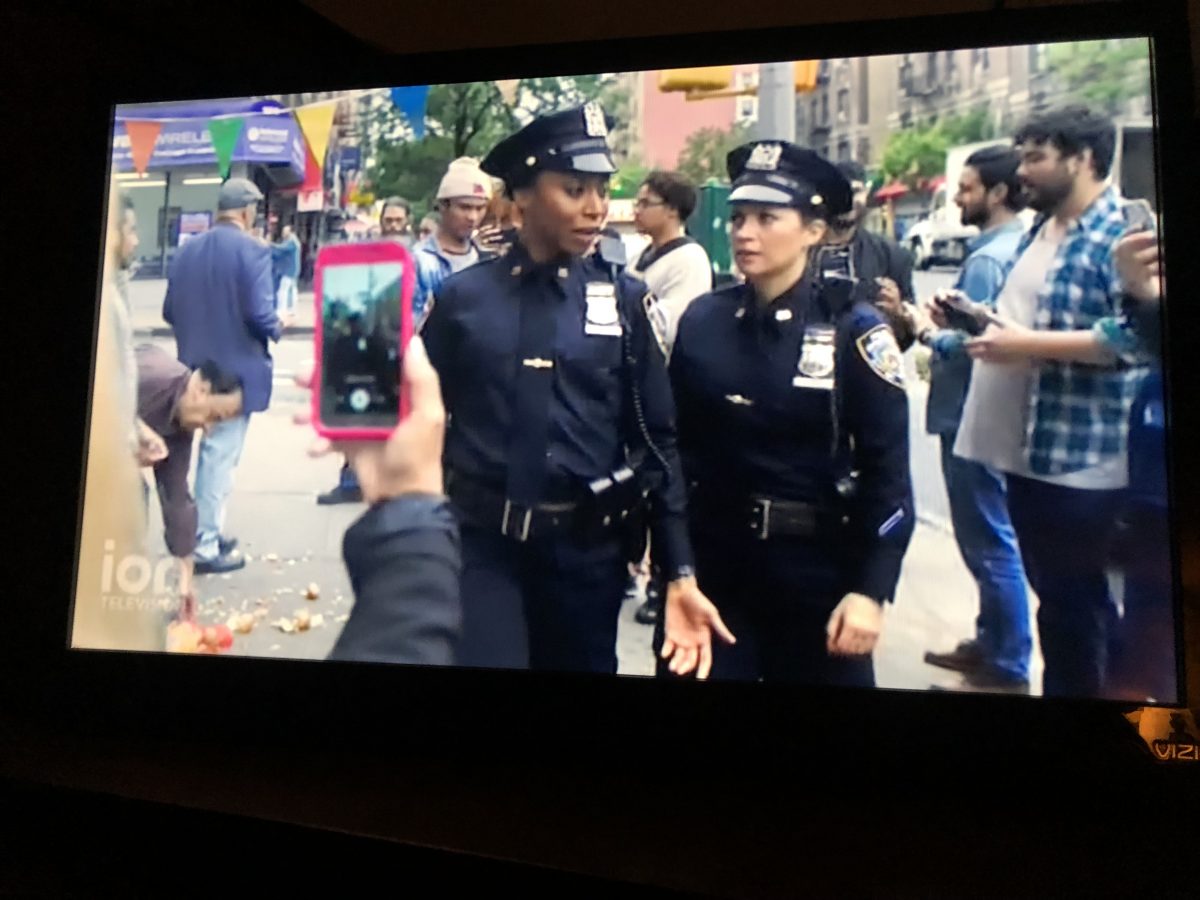 Before the wide spread mental disorder of Progressive Liberalism in America, it was said of soldiers and policemen, “The uniform does NOT make the man, but the man makes his uniform!” So what happens when a women wears a man’s uniform? The above picture is a good representation of what happens and “a picture is worth a thousand words,” isn’t it?.

Just look at the shoulder patch! That shoulder patch is so large, compared to the extra small shirt, that it makes that shirt look like a child’s Halloween costume shirt.

There was a time, before the Liberalism mental disorders, when the minimum to be a policeMAN was 5’8” and 160 pounds and it was said of any policeMAN; “Are you packing the meat to get the job done?” because even a large fat man shouldn’t be a policeman. America used to laugh at anyone NOT packing the meat to do the job and who would even dare to wear a policeMAN’s uniform, and they were called “a Barney Fife” as a joke, before police departments hired jokes as policemen. Now I suppose that a person could be arrested for laughing at a woman pretend policeMAN, who is many times inferior strength wise to Barney Fife, which women in reality disgraces the policeMAN’s uniform by wearing it in public.

So now we have little people pretending to be able to do the jobs of a policeMAN and a fireMAN, which because these little people can’t do the job then equalizers have been introduced like taser guns to control someone who mildly resists arrest. We have seen several incidents where a little and/or weaker person, pretending to do the job of a policeMAN, has shot someone with a real gun, when they thought that they were using a taser gun instead, resulting in someone needlessly being killed.

One thing is for sure, back when real men were policeMEN, who were packing the meat to do the job, if someone was causing some trouble during an arrest then a nightstick was used, and I don’t think that anyone ever got their nightstick mixed up with their gun and shot someone unintentionally.

It has been very costly to have women wear a policeman’s uniform. First of all when the going gets tough physically 99% of the women can’t make the cut because they are NOT packing the meat and they run away, use a taser, and/or use a gun, when 100% of qualified men would NOT have had to in order to get the job done. All real policeMEN and fireMEN would agree with this if they could speak freely without fear of the Nazi supervisors, Nazi lawyers, and Nazi judges.

Also, women have suffered much more in the ways of work related injuries because they are “the weaker vessel” than men when women try to do the exact same jobs. Having women pretend that they can do a soldier’s, policeman’s, and/or fireman’s job just drives up the costs of our government agencies and does no one any good. Putting women in positions where they have no business in today is exactly why our governments struggle to maintain our government infrastructure and services today when America built our government infrastructure and services yesterday with a lot less tax money then than they get today.

I have personal knowledge of women wearing a policeman’s uniform has caused the deaths and serious injuries of citizens when if a policeman would have been there in the place of the woman those deaths and serious injuries would not have happened. So citizens being killed and seriously injured by women who have no business wearing a policeman’s uniform is only additional costs to Society for the pretend illusion that a woman can do the physical demands of a man’s job. Yes a woman can drive a police car, can push the button on the radio mic, can write a report (maybe) as well as a man, but when the job requires physical brute force to rescue someone, or to arrest someone, the woman just doesn’t have what a man has, so why are they paid the same money? Answer: because of the American Nazi Lawyer/Judge Mafia who made a lot of money perverting the ways of God and making it seem logical that women can do a man’s job, when everyone with an IQ greater than their age knows better, if they will just admit it!

Does anyone in their right mind think that two little skinny girls can enforce the law as well as one average man can? It used to be, before the American Nazi Lawyer/Judge Mafia, “Secret Combinations,” Secret Society, Shadow Governments, got involved with satanic woman’s equal rights for all things, when a woman wore a policeman’s uniform or a fireman’s uniform it was at a Halloween costume party and it was for laughs. What is pictured above is not funny but tragic.

The American Court System has created a whole class of people now that are liars and thieves. These women are liars when they claim that they can do a policeman’s and fireman’s job, and they are thieves when they accept pay for a job that they know that they can not do!

Do you believe in Jesus Christ, and do you believe in the Holy Bible, then you will NOT believe that any woman should be permitted, or allowed, to be put in any position of protecting the public and/or the nation, as long as there is a man available to do the protecting.

There are reasons why books like Men Are From Mars, Women Are From Venus, are written, become popular, and are widely read; and that is men and women are very different, physically, mentally, and even logically, and enough people understand this, and buy those books for the information, to make publishing those books profitable.