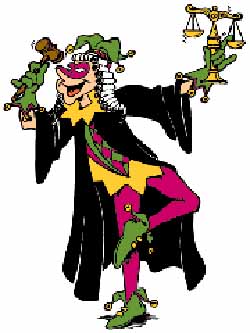 Why should a bad Judgment of any court be used as anything “binding” on the Judgment of any other court, when the law is what is supposed to be enforced besed on the specific and unique circumstances in that court at that time.