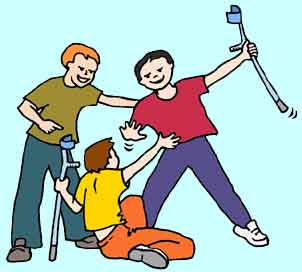 Could letters like CMH stand for Criminal, Malicious/Mischief/Molestation/Abuse, House of Horrors?

The governments are full of alphabet departments and agencies.  The NSA is a good government abuser to start with!  🙁

In due time the truth may come out on all of this stuff and how this applies to the present-day-time 21st Century Dark Ages.