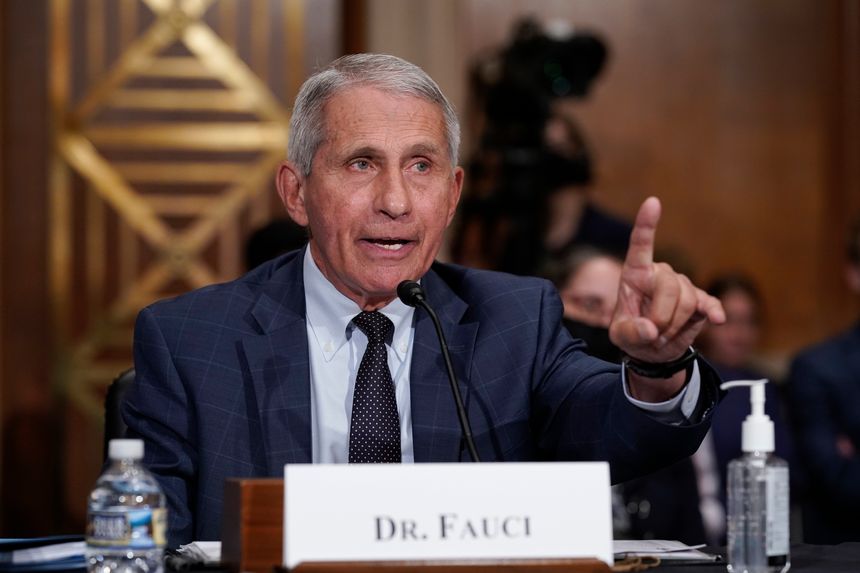 Here is “Dr.” Communist Fauci lying through his teeth at a Senate Hearing! No one can trust a Communist, not even another Communist!

With all of the Revelations coming forth that Dr. Fauci was heavily involved with the Wuhan (China) Institute of Virology where no doubt the Coronavirus originated, or was perfected, to help destroy the Free World for the interests of Communism. How could there be anyone else whom the Communists would rather have as their guy who was already in a key U.S. Federal Government position of medical leadership, which position was the best position possible to lead America, as well the whole free world, down all of the wrong paths, trails and rabbit holes, to beat this Coronavirus?

There is no doubt in my mind that Dr. Fauci is a well placed Chinese Communist plant and spy whose position in the White House was detrimental to American Security, Freedoms, and Prosperity. Just look at all of the terrible end results of the Wuhan Coronavirus with “Dr.” Fauci leading the way!!!   🙁

Had President Trump had a second term “Dr.” Fauci would have been fired by now!

But “Sleepy Joe” Biden would say about Fauci, “He is my kind of guy!”

There is no doubt in my mind that “Sleepy Joe” Biden is under the influence of Satan somehow. Whether that satanic influence comes by way of Obama, the Chinese Communists, or the Russian Communists, it makes no difference, Communism is of Satan and always will reflect Satan’s ways and not God’s Ways, no matter where Satan finds corrupted ground to grow his brands of Communism.

When Communism does completely pollute America the surfs can count on all of their private property being “Nationalized”including their house, land, cars, everything including your guns and ammo. You will be able to rent your house and land and cars back but you will never get your guns back!  🙁