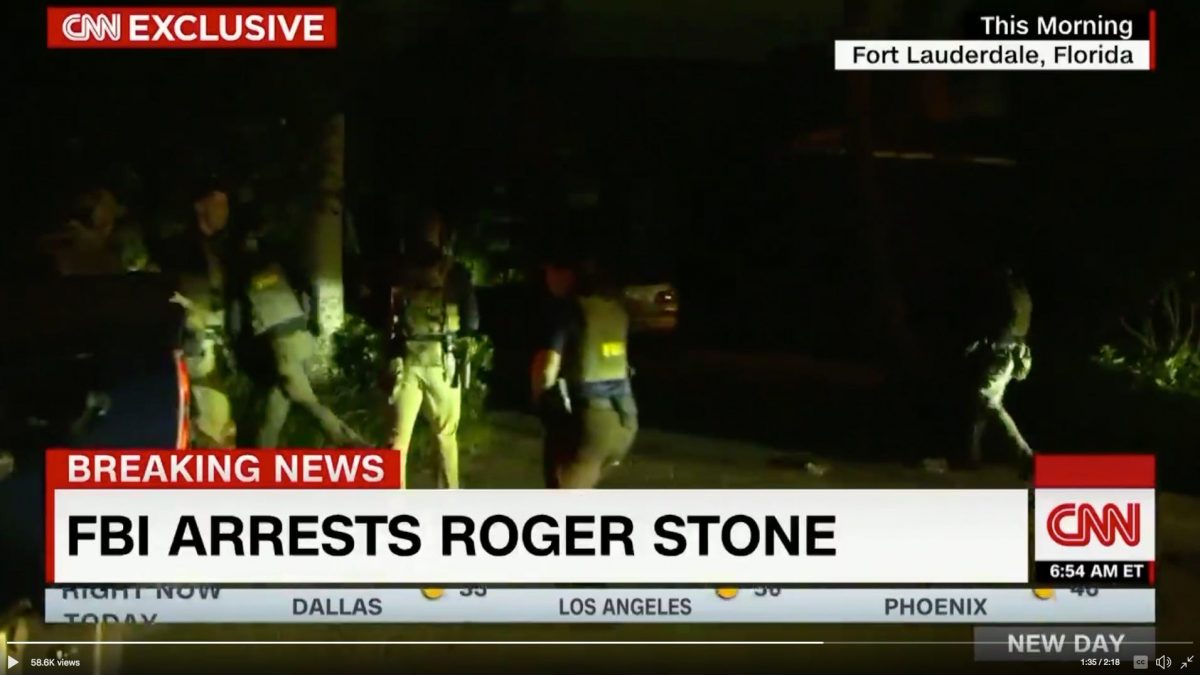 There is an obvious and open UNIVERSAL GOVERNMENT CONSPIRACY TO PRETEND TO COMMIT THE APPEARANCE OF LIBERTY AND JUSTICE FOR ALL, while doing the exact opposite!!! See for yourself:

How many Federal Government electricians does it take to change one light bulb? Answer: three. One to hold the light bulb and two to turn the ladder.

How many FBI “special” agents does it take to arrest one unarmed old man who was sleeping in his bed before the sun comes up? Answer: 22, because they are “special” and have “special person” mental disabilities! So 22 FBI “special” mental disabilities agents = one old sane man when it comes to fighting or what ever. Who really thinks this was a good use of our tax dollars and no doubt this was an overtime budget expense because this was before regular FBI working hours; any bets on that?

The fact is one good policeman (in this case even a policewoman) could have served this arrest warrent and if the Prosecuting Attorney would have just called this old man on the phone and asked him to surrender no doubt that old man would have cooperated and voluntarily surrendered at the police station.

Yep, home grown Nazi abusers in our governments is exactly what every country needs.

Obviously NOT, and this is exactly why I am speaking out against the Satanic American Nazi Lawyer/Judge Mafia “Secret Combinations” Secret Society Shadow Governments of America just in case anyone gives a damn!!!