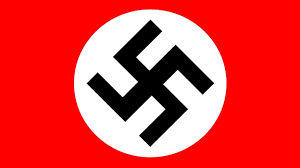 I will list the events of Socialism in America at the direction of Dictator “Sleepy” “Let’s go Brandon” “FJB” Biden:

#1 Examples Of Socialism: coming soon a list of those events that have already happened.

I am just a one man army with this website but I will take enough time to list two major “FJB” Socialist achievements against the people of America:

First, “FJB” on day one signed Executive Orders to stop the Keystone Pipeline and reverse President Trump’s Petroleum Industry friendly regulations policies, for the Democrat Socialist planned from the start results to purposely create artificially record high gas and diesel prices. This Democrat Socialist strategy is actually no secret because starting with President B.O. the Democrats exposed their desires for high gasoline and diesel fuel costs to help promote their doomed to fail plans to convert America to an all-electric cars and trucks fleets, which is really stupid, as stupid as AOC’s original plans to eliminate overseas airplane travel in exchange for a network of railroad tracks going across the oceans.

Second, “FJB” signed Executive Orders (some later ruled unconstitutional by the Courts) to open the US-Mexico border to anyone who can end up walking across into the protective custody of the “new nice guys” U.S. Border Patrol agents. Obviously, more illegal aliens, using up more gasoline, creating more pollutions, costing more tax dollars for illegal purposes, contributing to more US crime, and is a direct threat to the US National Security. And there are mental nut jobs, Democrat Socialists, who think that “FJB” is some kind of a superman for doing all of this!

More examples and proofs to come,