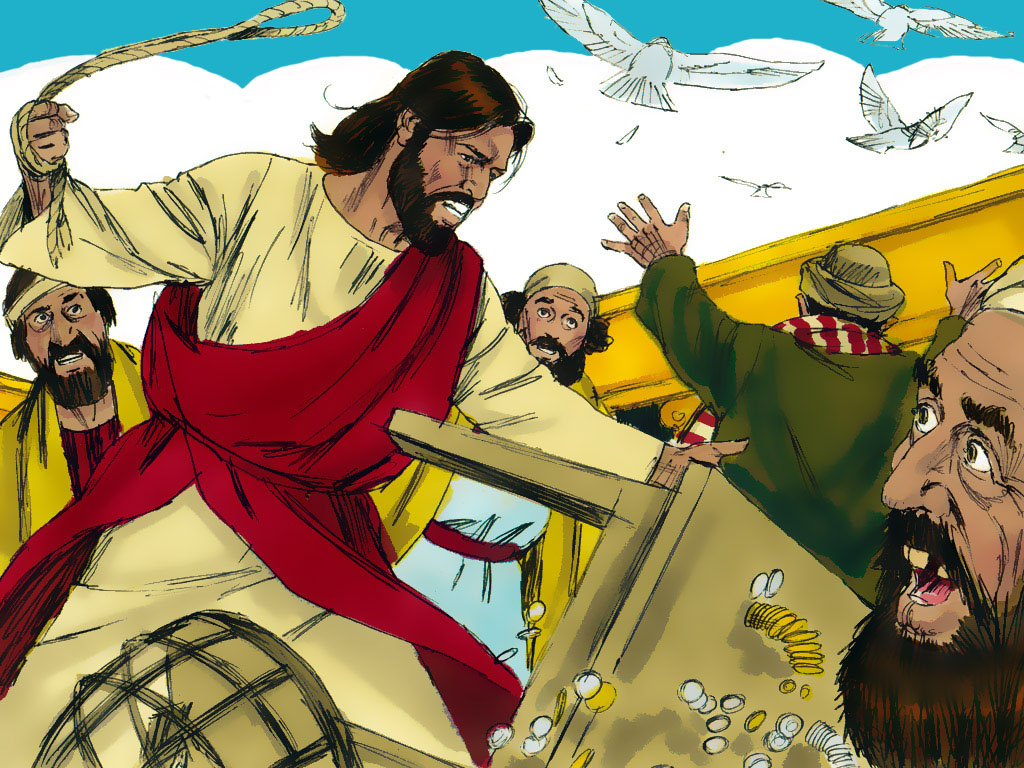 The MANN, WALTER, BISHOP & SHERMAN Law Firm is listed in the Springfield, Mo. phone books or just do a Google search for their website.

There are numerous accounts where I have referred to the MANN, WALTER, BISHOP & SHERMAN, Law Firm as a “den of thieves.” This is as good a place as any for me to explain in a place that will be readily visible to the public, a website page with the name, “Den Of Thieves.” Here is an explanation:

In the Bible account Jesus declared to the money changers and merchants who operated in the Jewish Temple, with the full approval of the Jewish Religious Leaders, that they had made what was “written, My house shall be called the house of prayer; but ye have made it a den of thieves.” Matt. 21:13

In those days I am sure it was risky business to exchange one form of money for another unless it was of gold and silver content. Also there is some risk any time animals are taken to a market because some may die, get injured, get sick, get loose and run/fly away, before they are sold. So both of these businesses had inherent risks a normal business person would have to take into consideration for their markup and profit to stay in business.

Obviously the Savior saw something the Free Market Purists do not see today and that is the merchants were taking advantage of the patrons of the Temple with unnecessarily high prices and Jesus, The Judge of all other judges, made a righteous judgment and took some action I am sure the merchants that were there on that day, 2000 years ago, still remember even today in the spirit world that they are in now.

So the Savior rebuked the merchants and physically ran them out of the Temple after overturning their tables and seats. But notice, as bad as it was in the Temple for the Savior to rebuke the money changers and merchants, not one of the patrons who bought sacrifice animals lost any rights what so ever. All that they lost was some extra money, to buy some good merchandise, than was necessary to pay for the merchants to make a fair and honest profit.

Now compare this Bible example of a “den of thieves” to the Law Firm where my Dad paid his good money for a no goodUnconditional Surrender Will and Trust where my Dad did not get the kind of quality of merchandise that he paid for but also LOST JUST ABOUT EVERY UNALIENABLE RIGHT THAT HE HAD WHEN HE ENTERED THE “DEN OF THIEVES” MANN, WALTER, BISHOP & SHERMAN, LAW FIRM. The only right that my Dad seemed to retain was the right to vote and I am sure that if he voted that he voted straight ticket Democrat as a dyed in the wool Democrat from the Great Depression era.

The MANN, WALTER, BISHOP & SHERMAN, Law Firm is a much worse case example than the Temple example that the Savior Personally took action against so a person can only imagine what Jesus may have done if He were on the sidewalk in front of the Shyster Law Firm as He saw my Dad being “led as a sheep to the slaughter, and like a lamb [blind] before his [scalpers]” who would fleece him by lawyer trickery and fraud into signing his life away to his unethical daughters, Nancy and Maureen, and end up paying the Shyster Law Firm way to much for something that was not a good deal for my Dad. If it were only one dollar ($1) that would have been to much for a defective Unconditional Surrender Will and Trust with several defects robbing the Grantor, my Dad and the Law Firm’s “Client,”of his casket funeral and burial and several other things. Actually free would have been to much to pay for what my Dad got screwed with.

One thing that makes this even worse for today is one Law Firm Partner is a “deacon” and/or “Elder” of the Northside Christian Church, but then the “den of thieves” Temple was run by Religious Leaders too so maybe this part of the MANN, WALTER, BISHOP & SHERMAN Law Firm is on a par with “the den of thieves” Jewish Temple.

It has been reported the Law Firm Partner, deacon, Elder, has been displeased with me and this may be on a par with the chief priests and scribes of the Jewish Temple because that day they “were sore displeased” with Jesus too. Matt. 21:15. Oh, how history repeats itself when it comes to good verses bad, righteousness verses evil, God verses Satan, it never seems to end and the American Nazi Lawyer/Judge Mafia is smack dab in the middle of this one andwas/is stupid enough to operate out in the open too!!!

Also: “For the love of money is the root of all evil: which while some coveted after, they have erred from the faith, and pierced themselves through with many sorrows.” 1 Timothy 6:10, compare verses 5-12.

LATE ENTRY: Since I first wrote this “Den Of Thieves” Page I have received more light and knowledge pertaining to the why and how these merchants and money changers violated the Jewish Temple making it a “den of thieves.” The additional light and knowledge I have received is the Christian Principle Christemporoi, which explaination is, “For one with a testimony [of Jesus Christ] should hold it sacred and not sell it for money. The early Christians called Christemporoi those who made merchandise of spiritual gifts or Church connections. The things of the world and the things of eternity cannot be thus conveniently conjoined,…” This quote can be found in the 30th paragraph of the following talk by a college Professor of Ancient Scripture [document] Studies.

https://speeches.byu.edu/talks/hugh-nibley/leaders-managers/   (You will have to copy and past this in your browser.)

Here is how Christemporoi plays in “the den of thieves” Jewish Temple Bible story:

What the Prophets of God wrote as scripture was inspired of God and no mortal person has any right to change what God caused to be written. Unfortunately many plain and precious things have been edited out of the Holy Bible before the Gutenberg Press was invented and ready to use (1450). Also there are many false interpretations of what is left in the Holy Bible and that is exactly why there are hundreds of different Christian denominations all claiming to be the best representative of the Holy Bible today.