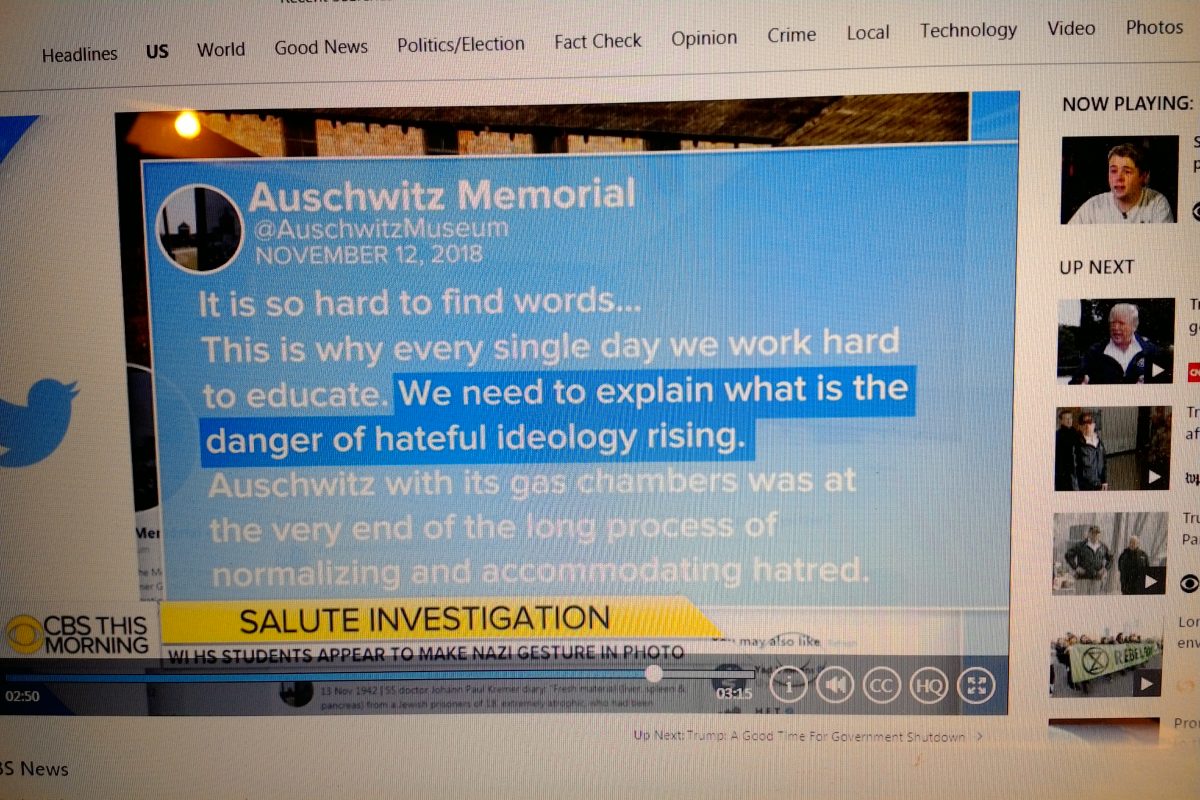 The Dale Kelley Unconditional Surrender Will and Trust represents, and illustrates, a level of “hateful ideology” that “it is so hard to find words” to describe. This is exactly why there needs to be a Grantor’s and Beneficiary’s, Will and Trust, Bill of Rights so Hateful Ideology does not take over especially with the help and approval of the Probate Court Systems.

For small and petty reasons the Trustees and lawyers wanted to stop my Dad spending his own money how ever he wanted to spend it and they used all manner of lawyer trickery to achieve this, some of which may have been outside of the law.

One pretty good evidence of this is in the Deposition against me the Trustee/lawyer Carl asked me if I knew my Dad was considered/called “the Rock Star” at the Wheatland Senior’s Center? I said that I did not know that. Carl then INFORMED ME that he was because my Dad paid for everyone’s lunch there all of the time, and Carl had a discussed look on his face to match his words of contempt that my Dad would spend his own money like that.

THIS IS A HUGE REVELATION on the part of Carl saying this for the following reasons:

#1. It is very doubtful that my Dad paid for everyone’s lunch at any Senior’s Center even for one day. Just how would that happen? Would my Dad get there early and arrange a tab at the front desk to pay for everyone’s meal that day, or every day, ongoing all month, or ongoing all year long?

What the truth probably is, is my Dad would pay for the lunch of the person driving him to the Senior’s Center since my Dad was blind and he could not drive himself. I suppose it is probable that those in the carpool from my Dad’s neighborhood, who took turns driving my Dad, my Dad paid for all of their lunches perhaps every day because he was grateful for their driving him to the Senior’s Center (and elsewhere). If this is the case, and I strongly suspect that it is because my Dad was a generous soul, that would be three (3) to five (5) lunches, besides my Dad’s lunch, that my Dad would pay for most every week day.

Do the math: About $3.00 per lunch X five (5) others in the carpool = $15.00 extra at the most that my Dad may have paid besides his own lunch cost. This driving to the Wheatland Senior’s Center was at least 20 miles round trip from my Dad’s neighborhood. My knowing my own Dad better than any living person at that time I will tell you how my Dad would have figured this:

20 miles X 50 cents a mile = $10.00 my Dad would have figured that he would have had to pay in his own car expenses if he were to drive himself. Then my Dad would say the companionship was worth $5.00 a trip. Then my Dad would add these two together in his head and declare “$15.00 is cheap for my ride and the companionship to the Senior’s Center every day. That is a bargain!” MY DAD LOST THAT BARGAIN, IN HIS OWN MIND, MOST EVERY WEEKDAY FOR THE REST OF HIS LIFE WHEN HE WAS CAPTURED AGAINST HIS WILL IN 2011.

#2. Even if this were true that my Dad paid for everyone’s lunch at the Senior’s Center, which it most likely couldn’t possibly be true, how would Carl and Nancy (Nancy was sitting next to Carl during the Deposition and never said anything to contradict Carl) know this? Did they take off work in Springfield and drive 90 miles one way to Wheatland to observe this for themselves? Doubtful!

This is either unfounded hearsay or something totally made up to justify in the weak and puerile minds of the Trustees that their inexcusable actions of capturing my Dad, behind my back, “to save the will” inheritance money for the greedy Trustees, is somehow justified. The specific language of the Will and Trust strongly supports a previous capture against the will of my Dad and other Elder Abuses before and following the signing of the Will and Trust.

#3. This is the United States of America and to the best of my knowledge it is the Right of anyone to spend THEIR OWN MONEY any way they wish, and that they want, especially a person who was declared after the fact “to be competent” (Will, page 1), and “of sound mind” (Will, page 6).

The way Carl looked, acted, expressed himself, I am not sure that Carl would have known, could have comprehended, that his information was subject to being false as well as I am not sure Carl realized, that even if what he was saying was true, no one had a right to stop my Dad from spending his own money how ever, and for what ever, he wanted to spend it for! If Carl, and the other Trustees, did not know, could not comprehend, that they had no right to punish my Dad for spending his own money the way that he wanted to spend it, is this not some kind of mental disorder not knowing right from wrong? Project this forward to 2018; would it be some kind of mental disorder to punish the one and only faithful Beneficiary, the #1 Son of the Grantor, for standing up for the Grantor when the Grantor specifically instructed that he was to be buried in a casket and it became very clear what the Trustees, and apparently the Law Firm also, gave the Grantor was a Screw You Father, Revenge Cremation Insult.

#4. So is what Carl declared, outlined in a Deposition of record, a “danger of hateful ideology rising” with the help of the Probate Laws in a “long process of normalizing and accommodating hatred?” It sure seems so to me and exactly why there is a desperate need for a Grantor’s and Beneficiary’s, Will and Trust, Bill of Rights!!!

Note: There has been mention made by myself suggesting that these Trustees and lawyers follow the dangerous “hateful ideology” of Nazism. I firmly believe, with every fiber of my soul, that these Trustees and lawyers, with their lack of moral ethics, totally without any moral compass that is functioning properly what so ever; if these Trustees and lawyers would have been in Nazi Germany between 1933 to 1945, they would have been a supportive part of the Nazi movement including their being personally involved with the extermination of the Jews “because it was legal,” and they could make money doing that, and their moral compass would not have pointed in any other direction.

Also, by the same token, it is of my personal opinion, that these same Trustees and lawyers would have gladly personally participated in the forced removal of the Trail of Tears Native Americans because “it was legal,” and they could have made some money doing that, as well as this would have fulfilled some warped narcissist need.

What the common thread here is narcissist activities justified by pathological lies. The Germans thought they had it all figure out how to get away with their narcissist activities that they justified with their pathological lies. Then came the end of WW II and with that the  Nuremberg Trials, which exposed the Nazi narcissist behavior as mental disorders and the Nazi pathological lies for what they really were, bold face lies to justify evil. Eventually there will be Nuremberg type trials for these Trustees and lawyers and they will experience the same kind of an end as the Nazis did back then. They will be disgraced along with their family names, and experience eternal death God’s Way on Judgment Day if they do not repent.

For right now, Sunday, 11-18-2018, may I suggest to these Trustees and lawyers involved to consider the “SPA” method of gaining the Spirit of God so you can make better decisions in your life?

“S” stands for scripture study. Read the Bible each and every day.

“P” stands for prayer. Pray together as a family, pray individually, and have a Godly prayer in your heart all day long.

“A” stands for attend church meetings. Obviously you are not attending church, or if you are it is not sticking with you in a positive way, so attend with an open mind and absorb the Gospel of Jesus Christ into your lives.

Many people attend a spa for physical strength. May I again suggest this SPA for spiritual strength?

Apparently during the night there were some “American Nazis” who vandalized the Vietnam War Memorial at Boston’s Dorchester neighborhood. This is obviously despicable and deplorable behavior to say the least but in light of other “official” despicable and deplorable behavior supported by the American governments and the American Nazi Lawyer/Judge Mafia what should we expect?

Here are some pictures of the vandalism of that War Memorial with some commentary:

[I will add commentary and finish this later about how these American Nazi Lawyer/Judge Mafia who had anything to do with my Dad’s Trust Case are as despicable as these vandals who disrespected our U.S. Military and our laws!!!] 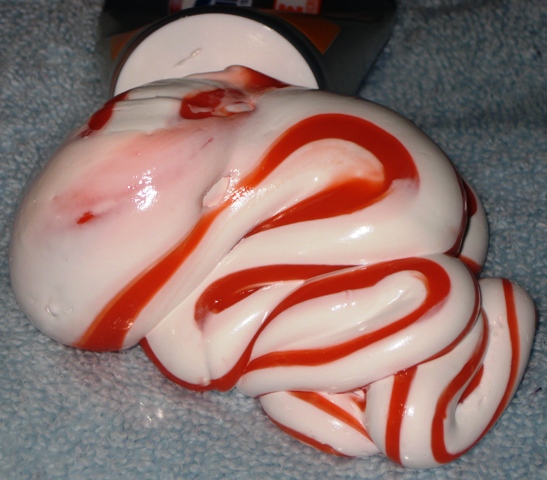 That pretty much sums up Hateful Ideology as being just plain bad for everyone!