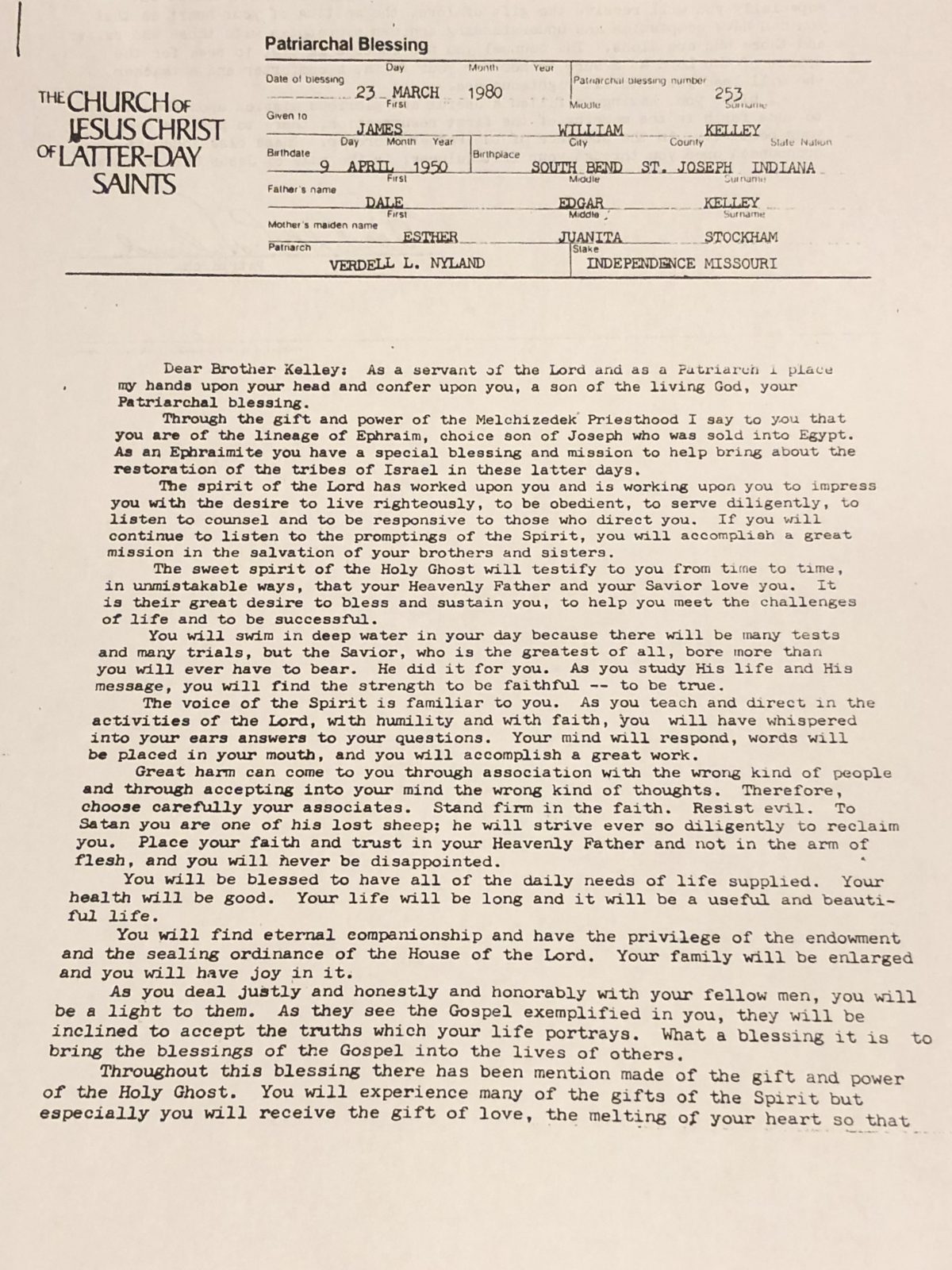 That last paragraph of page one in the picture above ends like this on page two: “…you can have compassion and understanding and can sympathize with those who suffer and those who are alone. The counsel you now receive is ever to seek for the Spirit of the Lord as a sure anchor for your faith, a comforter and a teacher who will lead you into all righteousness.”

This Patriarchal Blessing was given to me in 1980, by the laying on of hands by a Stake Patriarch who had the Priesthood Authority to give Patriarchal Blessings, back when the Mormon Church was still righteous enough to hold “the Keys of the Kingdom” of God on earth (Matt. 16:19). Don’t know for sure where the Mormon Church stands as worthy to have kept those Priesthood Keys. See Page 57 LD$ = LSD on this website for information on that. 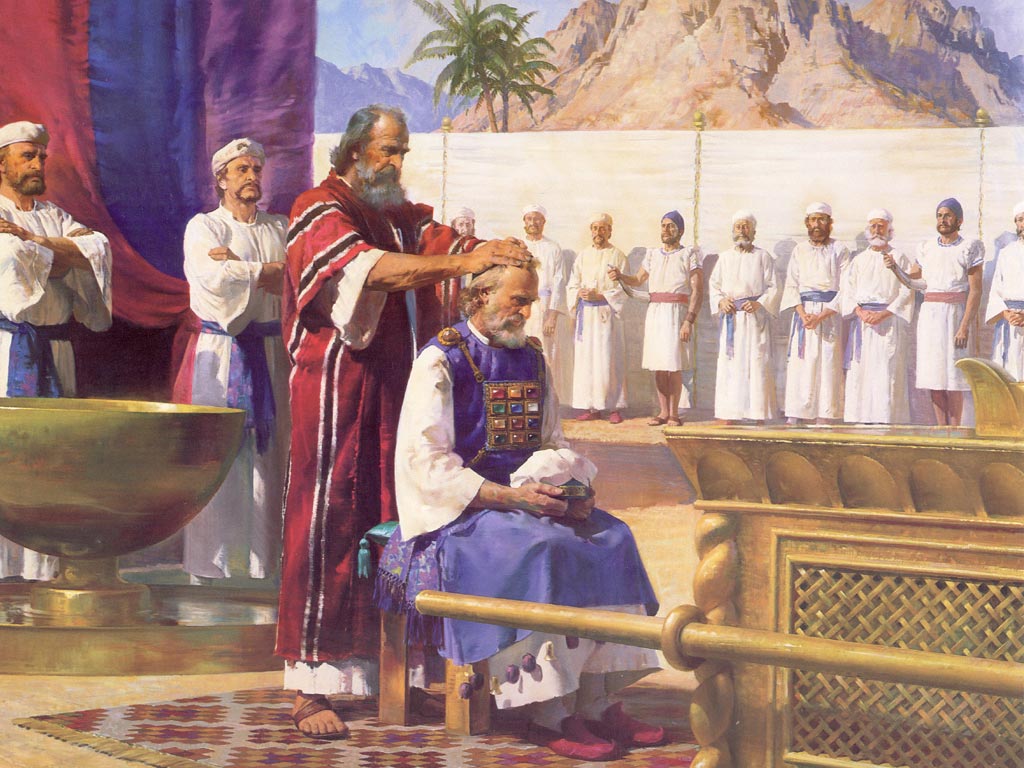 There will be a lot of things that will be listed here as “revelations,” both spiritually from God and temporal from other sources like the Bozo Nazi Lawyer/Judge Mafia stuff like the Judgment.

Just a hint as to what can come, look at paragraph six, where it says, “Your mind will respond, words will be placed in your mouth, and you will accomplish a great work.”

That was a perfect textbook example of how no good deed ever goes unpunished!

The Bozo Clown Paul Sherman then hit himself in the head with the palm of his hand, stumbled out of his chair as if in a stupor, stumbled around, spun in a tight circle as if a dazed clown act in the center ring of a circus.

And then there is the one million lawyers burning in hell revelation………….(No joke!!!)

Background: Early in 2017, the Trustee Nancy Yendes revealed revelations to me that there was some money left in my Dad’s Trust and that I was a Beneficiary. This notification was at least two years late according to Mo. Law. In addition Trustee Nancy Yendes outlined the gash awful stupid plans to hold back $25,000.00 to operate the Trust for 20 years to supervise a $100 exhibit in a museum for that 20 years. So I wrote the Trust Attorney and asked if I had a right to a copy of the Will and Trust?

According to the cover letter Paul Sherman caused to have sent to me a copy of the Will and Trust on March 29, 2017. I received the copy in the mail on Friday March 30th. I was able to read through that Unconditional Surrender Will and Trust on Saturday March 31st (Which would have been my Dad’s 100th B-Day had he lived.) and was faced with the bold face truth that my Dad had been Nazi captured against his will and Nazi held against his will as a virtual POW in the War of Elder Abuses in the 21st Century.

Revelation: On April 1st, Sunday morning after laying awake in bed pondering my Dad’s satanic Will and Trust, while walking from my bedroom I heard a voice from above ask, “What does one million lawyers burning in hell represent?”

I didn’t know so I looked up and asked, “What?”

The voice from above stated in a most direct and urgent voice, “The first second, of the first minute, of the first hour, of the Lord’s Work on Judgment Day!”

Obviously, considering that I had just finished pondering those evil things about my Dad’s Unconditional Surrender Will and Trust those lawyers involved with that would be most likely to be at the head of the line of those one million lawyers unless they repented. So I let them know of this revelation for their benefit, not mine–I am no lawyer.

A true Christian would have taken this revelation into consideration as something that they should consider in their personal lives BUT NO, they acted as the satanic people of old who stoned the Prophets when they spoke the revelations of God to the people with the godly message to repent.

This is a true and accurate account of this revelation, so help me God.

Anyone choking on that ill gotten Trust money yet?

It may take some time but all of your Nazi Lawyer/Judge Mafia “secret combinations” acts will be shouted from the roof tops as radio and TV transmitter antennas, up link satellite transmissions, to the whole world, in the Lord’s Time Table. Anyone betting that it won’t?