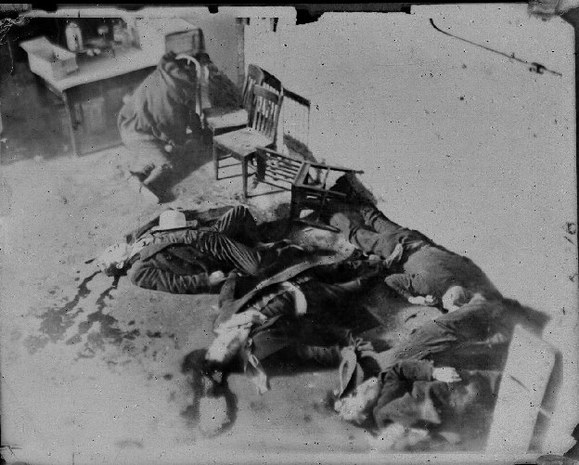 So it is in the American Nazi Lawyer/Judge Mafia; what is “chump change” to this Mafia that is unethically taken from the poor and defenseless can often represent how, and if, the poor can eat and what kind of a standard of living the targeted “shake down…mark” pooe among us will have at the unethical gains of the rich bully Nazi Lawyers and Nazi Judges in Black Robes in America. The American Nazi Lawyer/Judge Mafia is so well entrenched in America that innocent children are now at risk before they are born and even the President of the United States is at risk too with all manner of frivolous attacks of impeachment proceedings and process, etc., when the President is totally innocent and everyone who gives a “damn” about “Truth, Justice, and the American Way,” knows it.

So the American Nazi Lawyer/Judge Mafia is no more mature and ethical than the spoiled brat school bullies. They now have more sophisticated ways, with “secret combinations,” and good buddy means, to collect their “chump change” from all of America. “So sad.”

For these reasons, including the American Nazi Lawyer/Judge Mafia are so barbaric that they will NOT even honor a Throw In The Towel (see Page #18 of this website), then the innocent have to resort to a “no holds bared” offense to combat these open, notorious, and obvious TRAITORS to “Truth, Justice, and the America Way!”

In a “no holds bared” offense those who support such Nazism may end up being exposed too.

This Lawyer Mafia Page is intended to illustrate to the Politician, and the persons who may contact their Politician, that there is a well organized Lawyer/Judge Mafia in Missouri that goes right up to the top Missouri Supreme Court. I suspect that most Politicians know this already, or they are blind and/or stupid. Most of the People know this to some extent also but may not know what or why. Kind of like when someone moved Helen Keller’s furniture, even though she was blind, she knew something was wrong.

Similar to the concept Nazi is as old as when Cain slew righteous Abel, so the concept of the Mafia is just as old, and have the same author for both and that would be Satan, with “secret combinations,” and “secret oaths,” that date back to satanic Cain and his kind of Satan followers.

Definition of mafia: 1. an organized body of criminals…having a complex and ruthless behavioral code. 2. any organized group using extortion and other criminal means. 3. a closed group of people in a particular field, having a controlling influence.

I think that definitions 1 and 2 apply to the Lawyer Mafia perfectly in today’s America and explains a lot of things that happen in court judgments that just don’t make any sense. For example the court judgments that led to the U.S. Supreme Court in 1973, where it was determined that a woman had a personal right to have an abortion on demand with total disregard for the little baby’s rights pertaining to its own body.

The logical court ruling would have been for the woman have a personal right to do with her body as she wants (including prostitution I suppose) including not to get pregnant, BUT, the moment the woman gets pregnant than the baby’s rights take priority position as a living person capable of being born as a person.

Just read the Missouri BAR, Office of Chief Disciplinary Counsel, formal inquiries I submitted which are available for your inspection on Pages 7 through 13, and after reading those for yourself, just ask yourself; How in the world did the OCDC justify their denial to investigate all of that? The obvious answer has to be the Missouri BAR is deeply involved in, totally corrupted by, the Missouri Lawyer Mafia, there is no other explanation possible except perhaps severe mental disorders on the part of the BAR.

First: The Lawyer Mafia can single out anyone and the truth pertaining to your innocence doesn’t matter. Even the President of the United States can be singled out by the unethical Lawyer Mafia and those Mafia members get off scot free like Hilary did with her multiple felonies just swept under the FBI rug by the infamous a-hole James “Commie.”

In Missouri, the St. Louis County, Jackson County, and Greene County Court Systems are the most likely to be controlled by the Lawyer Mafia Code of “secret combinations,” and “secret oaths,” that are authored by Satan. This is exactly why the “den of thieves” Lawyers “Captured” my Dad, behind my back, and took him to Greene County where the Lawyer Mafia is stronger than in Hickory County. If this Probate Case would have been in Hickory County the “Judgment” would have been most likely the opposite of the Greene County Judgment.

Fourth: There is an abundance of lawyers in America and there are some stark evidence of this. Before about 1980, or so as my memory serves, it was considered unethical for a lawyer to advertise. Chasing ambulances seemed to be OK but to even have a yellow page ad was unethical and TV or radio was an absolute no, no! And now just look at all of the lawyer ads trying to convince the people who never would have thought that they needed a lawyer, that they need a lawyer for this and for that.

Here is a good commentary about Two Contending Forces, Jesus against Satan, by a great spiritual leader of the past.

When you listen to this see if you can identify the ear marks of Socialism/Communism with the personal actions/activities of the Two Evil Sisters, Daughters of the Grantor, Dale Kelley, as how they hated and abused him the same as all true Socialists/Communists hate and abuse anyone who is opposed to them and their ways.

The people in the know, know that there are lots of American Nazis in government positions of power that will harm you unethically if they perceive that you could, would, will cross them, even if the victim had no intentions of harming the Mafia/Swamp Creatures. Obviously the American Nazi Lawyer/Judge Mafia would be a part of this Nazism in America. See for yourself that the President is not exempt from the American Nazi Lawyer/judge Mafia abuse. The Senator Schumer shot a round over Trump’s head as a mouth piece for the D.C. Swamp, American Nazi Lawyer/Judge Mafia, that the Swamp has six ways to Sunday methods to get you if you get out of line and especially if you publicly humiliate them.

Whether it is the Sicilian Mafia or the American Lawyer Mafia, it makes no difference, they both live by lies, fraud and extortion, by the principles of satanic protections rackets.