In the last half of this Midas Muffler TV commercial, a Hell’s Angel claims a good citizen (with a bad muffler) is a menace to society. This is similar to the Democratic Socialists/Communists/Muslims of the Democrat Party calling Conservatives like President Trump a menace to America just because he/they tweet the truth.

There was a time in America when most people would be ashamed to commit fraud. NOT ANYMORE!!!

Fraud has just become “business as usual” for most lawyers and judges in America today!

DO WE NEED WEAK KNEED R.I.N.O.S. IN GOVERNMENT ANY MORE? 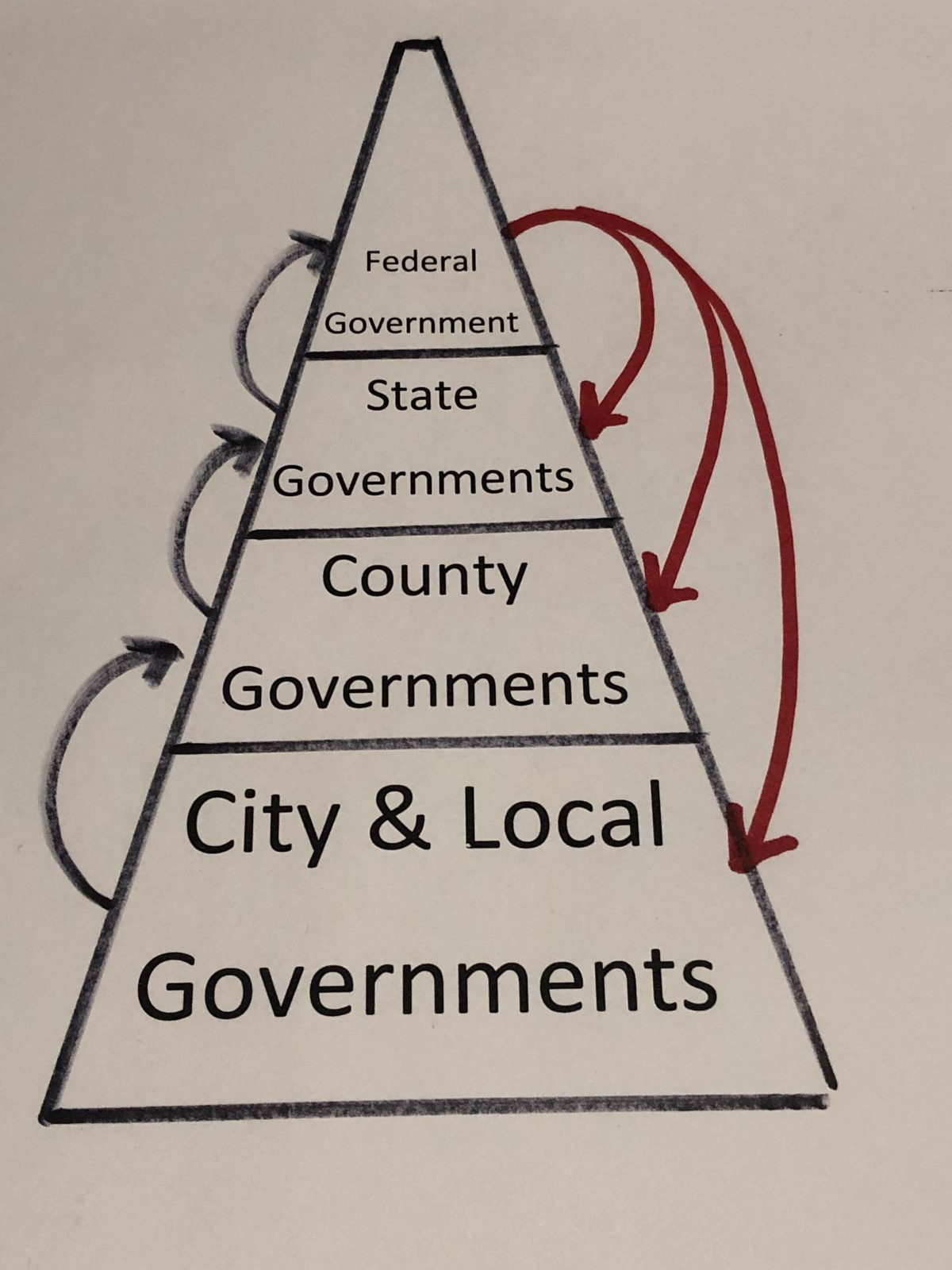 Here is a pyramid diagram of how the American Governments are today. It is surprising how similar this has evolved into how a “cult” works.

The U.S. Supreme Court is the father of Political Correctness which is nothing more than a bridal on the 1st Amendment which covers freedom of religion and speech.

A pyramid for a church cult would have local congregations at the bottom, giving their allegiance and money up the food chain to the very top and the very top keeps its control through intimidation like the surfs at the bottom are not supposed to find fault with the top leadership even when the evidence proves that the leaders are in fault. Here is an example of that down from the top intimidation:

If you find fault with the Federal Government “Swamp” you will be rendered radio active. Just take a look at President Trump for proof that no matter how rich and powerful you are the “Swamp” is too powerful if you are not backed up by enough of the people who are in power.

President Trump won his first election, in spite of the Democrat Party and the Republican Party being against him, because the people were behind him. Actually President Trump won his second election BUT THE “SWAMP” STOLE THE ELECTION THROUGH FRAUD LIKE MY DAD’S CASKET WAS STOLEN THROUGH FRAUD INCLUDING A COMPLICIT “SECRET COMBINATIONS” HIGH PRIEST OF FALSE SECURITY PROBATE COURT COMMISSIONER!!!

The path to a Grantor and Beneficiary, Will and Trust, Bill of Rights may be like a hobo walking the railroad tracks but it will eventually get done because God wants His poor children to be protected from the Satanic American Nazi Lawyer/Judge Mafia members like Nazi Nancy Yendes, Nazi Carl Yendes, and the “den of thieves” Nazi, MANN, WALTER, BISHOP & SHERMAN Law Firm, etc.