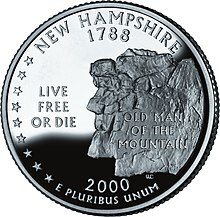 This “Live Free Or Die” Page is intended to illustrate to the Politician, and those people who may contact their Politician, that it was the original intent of our Founding Fathers that if they could not live free they would just as soon be dead, or in other words, take my freedoms away over my dead body!

Any Nation who has a National Debt the size of America’s is NOT a free Nation nor are any of its people a free People.

Brigham Young once counseled us to use the scriptures as follows:

“Do you read the scriptures, my brethren and sisters, as though you were writing them a thousand, two thousand, or five thousand years ago? Do you read them as though you stood in the place of the men who wrote them? If you do not feel thus, it is your privilege to do so, that you may be as familiar with the spirit and meaning of the written word of God as you are with your daily walk and conversation.” (Discourses of Brigham Young, comp. John A. Widtsoe, Salt Lake City: Deseret Book Co., 1954, p. 128.)

Most people have some idea who Brigham Young was and most people have had some contact with the Mormon Church, good or bad, so a person would have some idea of this quote was from the religious leader of the Mormons in the 19th Century. This was good advise then and now; and may I also suggest it is good advise to put ones self in the place of the American Founding Fathers to better understand their writings, their struggles, their reasons, and American History more completely.

In the 1960s there was a DX service station at 3rd and Market in Lee’s Summit, Mo., that displayed a large picture of an American Indian family traveling with a horse, fitted with lodge poles dragging, carrying all of their worldly possessions. The caption stated, “When white man came to America there were no taxes … and white man thought that they could improve on a system like that?”

Here is the Correct Principle: when a man has lived Freedom, when a man has experienced Freedom, when a man has tasted Freedom, IF that man is a real man, then that MAN would rather die then to lose their Freedom. So it was with our Founding Fathers as well as with most of the Colonists that ended up supporting their God given Freedoms against the unrighteous will of the tyrant King George. In other words they would rather die than to live under tyrant because they had live free and could NOT stand to NOT be FREE. “Live free or die” could be interpreted as take away my Freedoms over my dead body!

America has lost their Freedoms and Liberties because they are NOT Brave enough to be a Free People.

If any American thinks that they are Free, just look at the National Debt of 26 trillion (with a “T”) dollars.

26 trillion divided by 330 million = $79,000.00 debt for every man, woman, child, and illegal alien. Is everyone ready to pony up your share today? If not then you are in financial bondage not including your personal debts. and then add to this that most of that National Debt was wasted money and that just adds insult to injury for any right thinking American, of which there are very few of those today.

As always if the Trustees, Lawyers, and Law Firm would like to give me any short statement to explain their side/opinion I would probably include that if they would wish. They all have declined to my honest and sincere offers like this in the past.