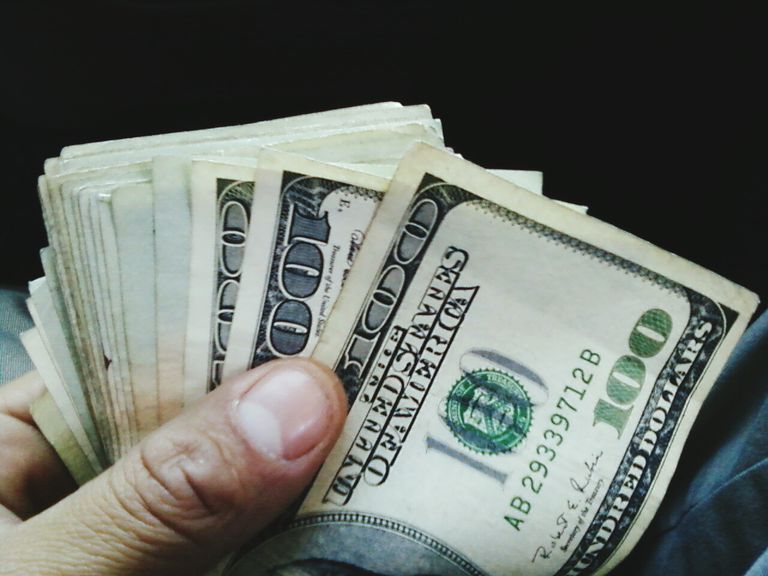 [This Page will be used to tell the story of $1,800.00. Where it was found, how it was found, and why it was found, but how this proves the Trustees, Lawyers, Law Firm, bold face liars when they try to claim I am a money grubby wretch trying to steal their money.

I will leave my original statement intact, in brackets above here, with the original date to demonstrate that I am in no hurry, I do not relish, exposing my lying sister Nancy as the bold face Nazi liar that she is.

Soon after I discovered that my Dad was missing from his home, near Galmey, Hickory Co., Mo., and the neighbors told me how lying Nazi Nancy Yendes, with her Nazi lying husband Carl, and her lying Nazi sister Maureen, and her Nazi supporter brother-in-law Bob, all captured my Dad against his will; I then called lying Nazi Nancy and asked what was going on? Lying Nazi Nancy told me that our Dad was broke because he carelessly spent all of his money and she just had to get my Dad out of Hickory County to protect him from himself.

My Dad did have a SS and Bendix retirement which was about $1,600 per month that figures into this whole thing as well BUT, even if my Dad were totally broke in 2011 he could have lived comfortably on his retirement for the rest of his life anyway (his house, his car, was paid for with NO other debt) so what was the rush emergency to capture my Dad behind my back?

Answer: “Follow the money!” The Nazis lusted for my Dad’s money for their inheritance even though each one of them was worth several millions of dollars themselves. This kind of lusting and stealing is referred to as “protecting the will.”

Lying Nazi Nancy later, in 2017, claimed that she gave me the key to my Dad’s house after she had looted it and I couldn’t wait to make a bee line to loot it myself. The fact is that lying Nazi Nancy did NOT give me that key directly but handed it off to another Lawyer, Nathan Duncan, to give to me later, so lying Nazi Nancy has no idea what I did after I got that key because she wasn’t there to see me do anything.

Also lying Nazi Nancy told me that I could have anything I found in the house as mine to keep if I wanted it.

Lie #2. Before I talked to the new buyers my wife and I did go to Dad’s house and we took some dishes, pots and pans; and went through some paperwork in the garage, in an old footlocker, and I found my Dad’s WWII POW diary that the International Red Cross gave him in his first POW package, and my Dad wrote some things in there.

Thinking that my Dad would like to hold and cherish that diary I took that diary to my Dad’s apartment at The Gardens Apartment in Springfield to hand to him but I found my Dad in a fetal position on his couch with Nazi Nancy lording over him, chewing him out for spending all of his money, and promising him that she would take care of him from then on. My Dad looked up at Nancy with a bewildered look and grin. It was like my Dad was in a drug stupor of some kind but I did not suspect lying Nazi Nancy of being a lying Nazi enough at that time to suspect anything like foul play so I just didn’t know what I should do.

Looking on how things went south for my Dad and myself in the Greene County Probate Court, because my Nazi sister and Nazi brother-in-law Carl, were well connected Greene County area Lawyers, with Nancy being an Assistant Springfield City Attorney, and Carl being the Head Prosecuting Attorney for the Springfield Municipal Court, there would have been NO ONE that I could have called with any kind of Authority to investigate elder abuse that would not have sided with these two well connected Nazi Lawyers in Greene County.

Since my Dad was obviously in no condition to take anything from me with any understanding I then met with Nazi (before I knew how much of a Nazi she really was) Nancy on the porch outside of Dad’s apartment. I showed Nazi Nancy the POW diary, and as I held onto it with both hands, I said I would like for my Dad to have this now BUT I WANT IT BACK WHEN HE DIES DECAUSE I FOUND IT AND I WANT TO HAVE IT BACK LATER. Lying Nazi Nancy PROMISED that she would make sure that I got it back so I let lying Nazi Nancy hold it to give to Dad later.

That POW diary was a major point of contention in the Probate Court Hearings where lying Nazi Nancy claimed that it belonged to Dad and that I had no rights to it whatsoever and she perjured herself claiming that she never promised anything about giving it back to me.

Situation #1. This is where the $1,800.00 comes in. While going through some of the things on the lower back porch, among the numerous trash bags full of trach that were obviously irresponsibly left for someone else to take care of and deal with like Nazis do, on a wall ledge I saw my old red metal box (about 10” X 4” X 3” deep), with my initials “JWK” painted on the lid in white paint. I picked it up and opened it and there was $1,800.00 cash in there.

I recognized that money (mostly silver certificates) as some money that my Dad hid away, squirreled away, in the Kelley’s Donut Shop during the late 1960s, and apparently Dad never spent it.

My wife said that Nancy said that we could keep anything that we wanted that was left so keep it. I said, “No, this is too much money to not give back to Dad when I know that it belongs to Dad,” and I also know how it got here, where it came from, even though it was in my personal old red metal box.

I deposited the money in my checking account and wrote a check payable to me Dad and sent it to Nazi Nancy (because I lived 50 miles north of where my Dad was living at that time and where Nancy lived also) who grabbed it without mentioning that I could keep it as being in the house after she was through with her plunder of it.

I just did what my conscience told me to do and what would Jesus do as my guide. In my case, just like Jesus suffered at the hands of lying lawyers who came from the “den of thieves” Temple when he was illegally arrested, illegally tried, illegally found guilty, and illegally crucified; I have suffered tremendously at the hands of lying Nazi Lawyers illegally, two of which came from the “den of thieves” MANN, WALTER, BISHOP & SHERMAN, Law Firm.

Summing Up: This is the story about the $1,800.00, the POW diary, and how lying Nazi, poisoned the well (see Page 27), pertaining to trying to start a feud between two families in Hickory County.

The Holy Ghost told me to have a talk with the new buyers, and this kept some bad feeling from developing and happening, as well as there were some interesting revelations about how unethical Nazi Nancy and Nazi Carl were with the new buyers too. These Nazis leave a bad taste in everyone’s mouths. Yuck!