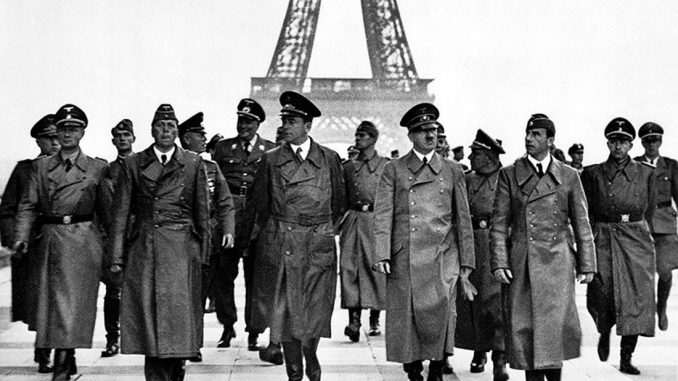 This Satanic-Nazi-Socialist-Communist-Nation Definition Page is intended to illustrate to the Politician, and the citizen who may contact their Politician, that our Constitutional Representative Republic has/is evolving into a Satanic-Nazi-Socialist-Communist-Nation because we as a Nation are collectively mentally sick, because too many of the People are individually mentally sick, as pertaining to some sorts of mental illnesses and challenges that limit common sense and good judgment pertaining to every aspect of life which would naturally extend into our governments. One mental illness responsible would be “denial” which leads to the false sense of security that everything is well and right, when the evidence all around would prove the exact opposite.

Thank God our Founding Fathers had common sense and good judgment, that obviously was inspired of God, which led to the United States Of America, with the help and inspiration of God.

For some proof that the United States Of America was created and protected by God, just look at some of our patriotic songs. For example:

“…may the heaven rescued land, Praise the Power [capitalized “P” as a proper name for God] that hath made and preserved us a nation.” The Star Spangled Banner.

There are some more examples in our patriotic songs but these that are listed should be enough to serve the notion that Americans in past generations believed in God, and believed that God created and protected them as a Nation, apparently much more than the majority of 21st Century Americans today. I wonder why that would be? Perhaps because the Satanic, Nazi, High Priests Of False Security Judges forced the Ten Commandments to be taken out of our public buildings?

May I give some dictionary definitions, [with my commentary], for Nazism so the visitor can better understand what Nazism is and how it applies to this A POW Twice Mission, and by extension to the current conditions of our Great Nation.

Nazi, noun, 1. a member of the National Socialist German Workers’ Party [they are for the workers, you know, yea, you bet], which controlled Germany from 1933 to 1945 under Adolf Hitler [Hitler = satanism in the raw] and advocated totalitarian government [government that has total, unrestricted, control over its citizens], Aryan supremacy [supreme control over those of perceived lesser value], leading directly to WW II and the Holocaust [no good ever comes from satanic supreme control]. 2. a person elsewhere who holds similar views [the Lawyers/Trustees, the “den of thieves” Law Firm, and perhaps the High Priest Of False Security Judge, who were directly responsible for and defended the Unconditional Surrender Will and Trust–turned Family Curse] 3. a person who is fanatically dedicated to or seeks to control…[BINGO! Nancy, Carl, Maureen, Bob, Paul, Gary, and the “Honorable” 🙁  Judge, all qualify.]

The dictionary definitions go on to point out that to use the term Nazi today is “offensive, feeling that they trivialize the terrible crimes of the Nazis of Germany.” [I agree when the term Nazi is carelessly and frivolously used. But when there are Unethical, Shyster, Blood Sucker, Parasite Lawyers who prey upon the defenseless, poor, and innocent, for any satanic, narcissist, reasons, what so ever, to the extent and degree the ones did against my Dad, and then myself, the term Nazi is not only appropriate, but required, to adequately describe what has been done, is currently being done, and continues to be done, against many Americans specifically, and America in general.

There has been to much good blood spilled in the defense of our God given Free Nation to let the Satanic, High Priests Of False Security Judges, lording over their Satanic Temples Of Nazism Court Rooms, systematically change our Nation of Truth, Right, the American Way, with Liberty and Justice for all, into a Satanic, Nazi, Socialist, Communist, form of government, without a good fight from the People!!!

My suggestion would be to pass, as soon as possible, a

Grantor and Beneficiary, Will and Trust, Bill of Rights!

This is the first radio broadcast of God Bless America in November 10, 1938, Armistice Day, when Americans were ready, willing, and able to fight for their Representative Republic as apposed to today’s…(you fill in the blanks)!

Here is another good patriotic song: