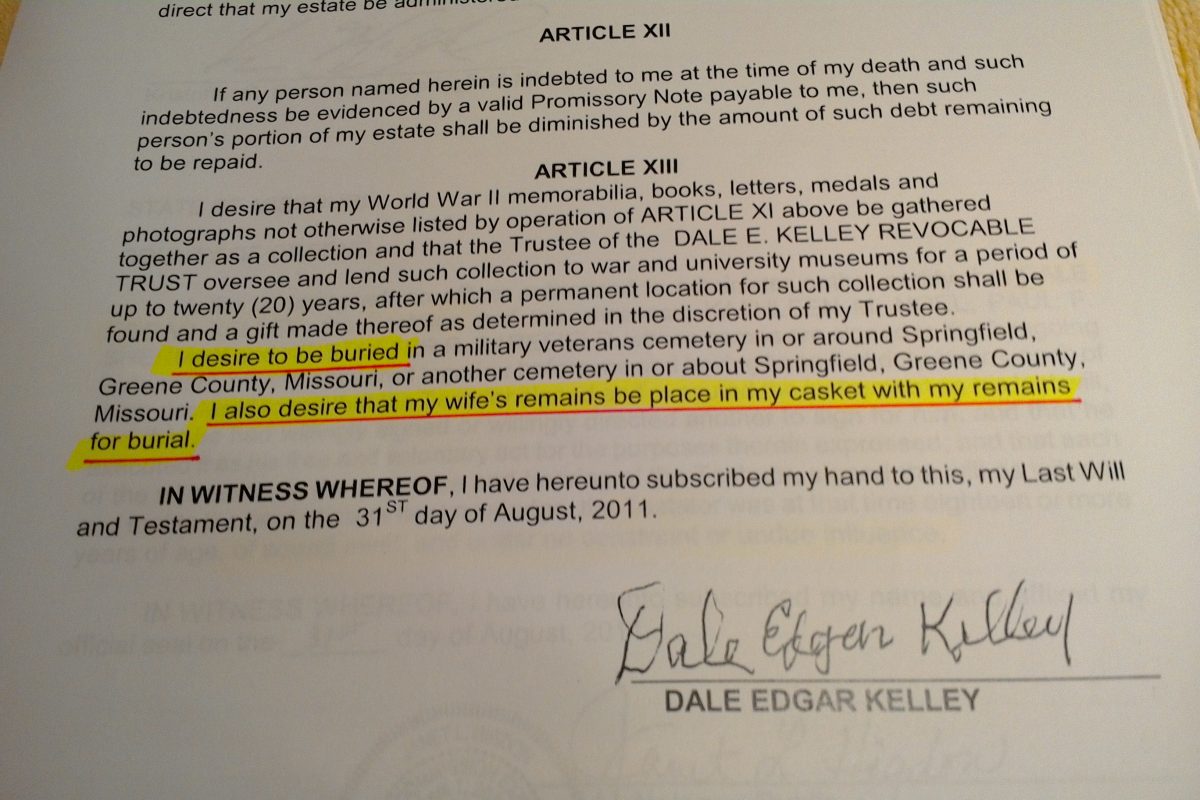 A picture is worth a thousand words. Is there any doubt after viewing this snapshot of the Will, last page, just above my Dad’s own signature, what his original intentions were? My Dad considered the casket “my casket,” obviously showing his ownership, at the time of signing so why did the Trustee(s), the lawyers, and the Law Firm obviously collude to lie to my Dad when they obviously promised a casket funeral, and a casket burial, and then later stole all of this, through shyster lawyer trickery, from my innocent Dad?

Also the signature is consistent with a virtually blind person who had the beginning of the line pointed out to him, he started to sign slowly similar to tracing, and did not stay on the line, even though it is obvious he was concentrating on his signature very hard as if slowly tracing, but ventured off the line non the less.

Special Note: Mom was already dead and was in an urn at the time of signing. Mom and Dad planned it out so Mom could be with Dad inside the casket and buried in a Military cemetery and obviously for vindictive reasons the Trustee(s), lawyers, and the Law Firm colluded to take that away from my Mom and Dad. How low can anyone get than that, especially a WW II, D-Day, captured behind enemy lines, POW for 10 months, veteran??? Guys like my Dad fought WW II for our unalienable Rights to chose to be buried in a casket if they so instruct and pay for in advance. Who do these Trustee(s), lawyers, and the Law Firm think they are to go against an American Treasure, like this, like my Dad?

Obviously my Dad paid his good money for a no good Will and Trust.

The gofundme account has been set up and is ready.

Thank you in advance for your financial support and your name listed at gofundme. 🙂